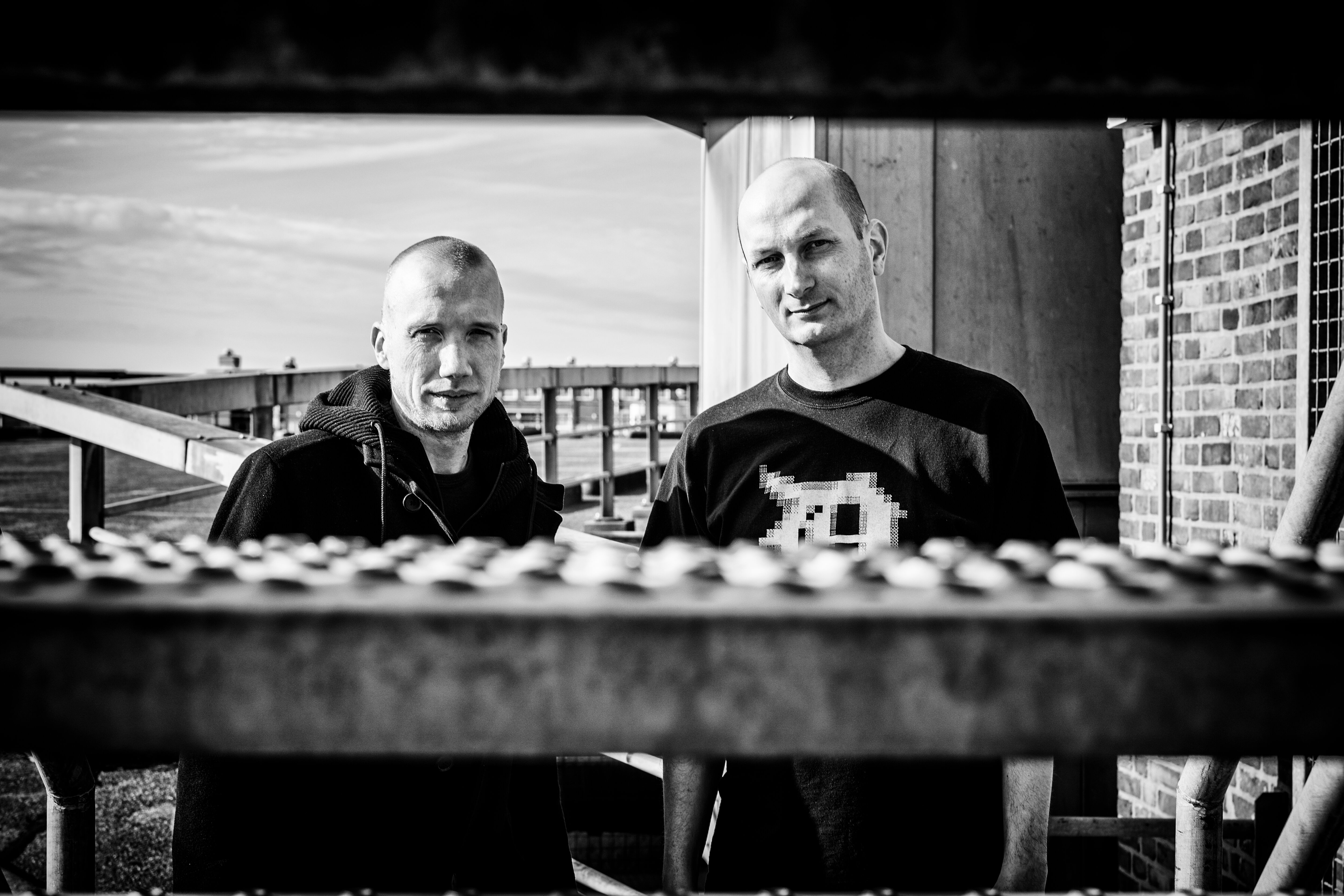 Visionary duo Ghost in the Machine is coming our way next week! We asked them a couple of questions recently and they laid themselves bare. Read all about it below!

Hey Nils and Frank! You first came to Paradigm at the festival back in 2017. What do you remember about that time?
Nils: What I mostly remember was the overall vibe and atmosphere and a very enthusiastic crowd!
Frank: Very different from other festivals, that’s for sure!

The crowd thought so too, seeing as we received numerous compliments about your set! How would you classify your sound?
Frank: We started out playing old school and acid sets. Acid was always a large part of the philosophy behind our work, at least for our first 10+ years as Ghost in the Machine. Nils insisted that we should start producing at some point. The subsequent sound we ended up creating turned out to be part acid (a solid sound with a lot of energy), but also very much techno (deep, hard and not too cheerful).
Nils: Indeed, our sound definitely evolved in the direction of techno over time.

And what do you find important to convey during your performances?
Frank: You can find that constant flow in our sets that is natural for techno, but there’s a lot more going on with us because we’ve often got four decks active all at once.
Nils: Agreed. I also feel like all of our sets contain some type of storytelling.
Frank: Yes. It seems to me that some artists click on the first track they see on the screen. Or just grab the first record they spot in their record case.
Nils: That’s one of the things we’re watch out for. Making sure our story stays coherent and consistent.

How do you make it work? Do you each have a specific role and what do you appreciate in each other when it comes to input during your sets?
Frank: I’ve basically got a clock in my brain and I closely guard our process.
Nils: We check each other’s cues and anticipate accordingly or quickly consult with each other. I do indeed really appreciate Franks feel for timing and the ability to keep track of everything. I also really appreciate our communication and flow during a set, which is practically effortless in my opinion. We’re hardly ever out of sync, which is great when standing behind the decks or working in the studio.
Frank: I actually own a watch, one of those with atomic clock synchronization and precision. So, whenever a stage manager tells me we only have five minutes left, I can retort by showing we have six and a half. You can do a lot in 90 seconds!

What does this look like in the studio?
Frank: Fortunately, Nils likes writing out track arrangements. I can do it, but Nils is way more proficient in that department.
Nils: Frank is very efficient. He’s able to completely focus on something, for instance a single part or element in one of our tracks. While he’s busy working on a short loop, I can already envision how I will create transitions or introduce additional sounds when arranging the loop into a track. And yes, I love doing the arrangement and creating a story. We feel it’s important to physically work together in the studio. This greatly benefits our creativity and speeds up the entire process. I can’t think of a single session where we had to call it quits because ‘it didn’t quite work out that day’. We always managed to create at least something useful we could and would want to continue working on, no matter how short or small. We do get stuck from time to time when we’re working on projects without each other.

Can you tell us something about the studio projects you’re currently working on?
Nils: We’re always working on new material for Perc Trax and our own label. We’ve also done two remixes for two amazing artists recently.
Frank: One of them is for Paula Temple, and should be out next month. The other one we can’t really talk about yet, but we’re very excited about it. We try to release around three records per year. After all, we want to play a lot of our own tracks during our sets!

How do you implement your tracks in your sets and how do you keep a balance between your own and other music? Which other artists do you like?
Frank: The idea is to use tracks from other artists to strengthen and complement our own music. This balance usually ends up being three or four tracks by others for every one of our own.
Nils: Off the top of my head: Perc, Ansome, Randomer, Scalameriya, KRTM, I Hate Models and stranger are artists we play a lot and draw inspiration from.
Frank: We also play a lot of stuff by JoeFarr, Dahryl and Ike Dusk. These are all producers we love.
Nils: We also don’t shy away from older tracks that inspired us back in the day. This results in a balance in our sets where we play a bunch of stuff we love right now and those inspirational tracks from way back when.
Frank: We stated in a past interview that we would play “Snake Eyes” by Ansome in every set. We do.

Why do you create music? Where are you going with your productions?
Frank: There isn’t much of a philosophy besides the storytelling and having fun in the studio. Essentially, I just like working together with Nils. I’d rather work on something together than going it alone.
Nils: Same here. Also, it’s hard to predict anything resulting from us working together. I think it’s an interesting quality that keeps things fresh. I mean, we thought we were going to make 150 BPM acid for a while, and we were wrong.
Frank: And I also really love making things sound enormous. That really gives me a head rush!

What does your cooperation with Perc mean to you?
Frank: Working together with Perc means so, so much for us. We lost interest in techno when it made a shift from energetic, tough and dark sounds towards minimal. However, many years later, we accidentally encountered several great techno tracks, one after the other. Positively speaking, we started to wonder who had approved pressing this insane noise on vinyl. This almost always turned out to be Perc. Take his track “Hyperlink” for example. It’s not really techno, but if someone like Perc releases it on a renowned techno label and plays it in techno sets, it ends up becoming techno! We’ve created a similarly odd track for Perc Trax recently. He’s really the only one who could actually release a track like this.

Thank you for your time! Anything you want to add?
Frank: Well, we’re very much looking forward to play at an indoor Paradigm event! We’ve experienced it from the sidelines a couple of times, which left us hungry.
Nils: The Paradigm Festival was a great first time and we can’t wait to get together again!